on April 17, 2011
Bron Area was a British duo formed in 1979 in Nuneaton in England. Originally the group consisted of Martin Packwood and Steven Parker who had been involved in a number of bands before starting Bron Area. Steven had been playing piano for 4 years and sang in a punk band Addix through ’77. Martin had played 'My Way' to drunks in social clubs on the organ for some time. They recorded their debut cassette album for Ambivalent Scale Recordings in 1980 with the title 'One Year'. The album featured experimental sound mixing raw electronic collages with post punk sound. 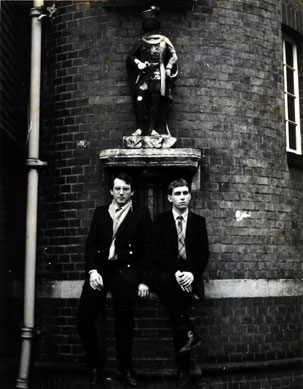 The band's first official Single EP 'Fragile Sentences' was released in 1981 with the wonderful "Green Avenue" as a b-side. David Barker of 'Glass Records' approached the band after having heard 2 songs from the Alternative Sounds fanzines compilation tape Facet 1 and asked them to appear on his 'Wonderful World of Glass Vol. 1 LP'. Bron Area were signed to 'Glass' at the beginning of 1982. The first vinyl was a 12” Ep entitled "Different Phrases" released in March ’82 and later released as a 7” on 'Posh Boy Records' in the USA. With the release of their second record few more musicians were recruited which changed their music and gave the their following LP 'The Trees and the Villages' which appeared in 1982 a fresh new sound. 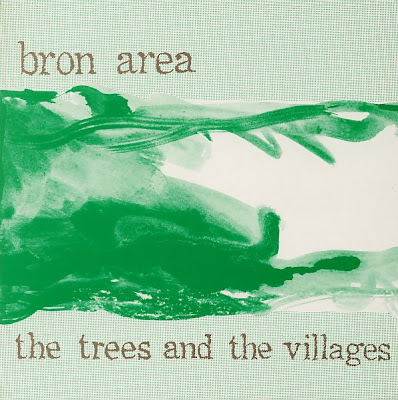 The founding members of Bron Area Martin Packwood and Steven Parker both released new material after the split of  Bron Area. Steven Parker recorded another cassette album with Kevin Harrison in the same year, while Martin Packwood was credited for playing bass on Martyn Ware's solo LP released in 1987.
Bron Area's recording material has never been reissued on CD.

(All media is copyrighted by their respective copyright owners)
1980 1981 1982 Experimental Post Punk The Story of...