on March 12, 2011
Shakespears Sister have announced that their new single will be a cover of none other than the Bananarama classic "Really Saying Something"(a digital-only release).This version will mark the 30th anniversary of the song which is a live version performed on Shakespears Sister's 2010 tour and taken from the band's forthcoming live album. The new Shakespears Sister EP 'Dancing Barefoot' is also up for sale through website's digital store. It is a four track EP and it includes "Dancing Barefoot", a Patti Smith cover and an early alternate version of "A Man In Uniform". The other half of the Shakespears Sister and former member of the band Marcela Detrorit is also working on new material.
http://www.shakespearssister.co.uk/News 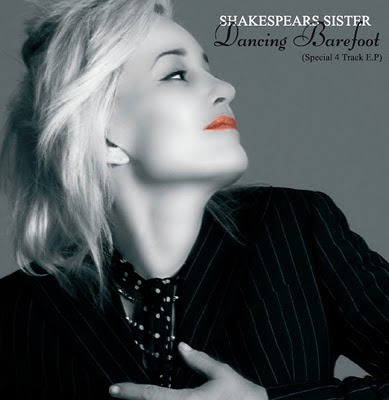