The Golden Hour Of The Human League

In April, 1979 The Human League released their first EP under Fast Record entitled ‘The Dignity of Labour’, which contained four experimental instrumentals. Although the EP barely charted, major record labels began approaching the band. Eventually in May 1979, the band accepted an offer by Richard Branson's Virgin Records. The band recorded and released their first full studio album ‘Reproduction’ in August, 1979. Both the album and the single "Empire State Human" failed to make any impact on the charts.
In 1980, the band released their second album ‘Travelogue’ and made their first TV appearance on BBC TV Top of the Pops. The re-release of “Empire State Human" failed to make any good chart impacts and due to their lack of commercial success, Virgin refused to release further singles from ‘Travelogue’ and the general discontent among the members led to internal conflict within the band. Oakey and Ware often quarreled over creative and personal matters. Ware insisted the band maintain their pure electronic sound while Oakey wanted to emulate more successful pop groups. In the same year Ware decided to quit the band with Ian Craig Marsh joining him. Ware and Marsh became Heaven 17.

After Ware and Marsh departed from the Human League, Phil Oakey carried on with the name and he was responsible for all Human League debts and commitments. The Human League also had to pay Ware and Marsh one percent of royalties of the next Human League album under the Virgin contract. With the tour only ten days away promoters started threatening to sue Oakey if the tour was not completed as contracted. To complete the tour, Oakey had to recruit new people in a matter of days. Oakey and his then girlfriend went into Sheffield city centre on a Wednesday night with the intention of recruiting a single female backing vocalist. After looking in various venues, they visited the Crazy Daisy Nightclub on High Street where Oakey spotted two teenage girls dancing together on the dance floor. Susan Ann Sulley and Joanne Catherall were just schoolgirls on a night out together. Neither had any experience of singing or dancing professionally. With no preamble, Oakey asked both girls to join the tour as dancers and incidental vocalists. Phil said that having two female vocalists/dancers would also add potential glamour to the band. Another two band members joined the band Ian Burden from Sheffield synth band Graph who was covering the keyboards for the tour due to departure of Ware and Marsh. In April 1981, the fifth final member of the group was joining the band, another professional musician who used to play in the band called the Rezillos. The Mk2 Human League formation was now complete. 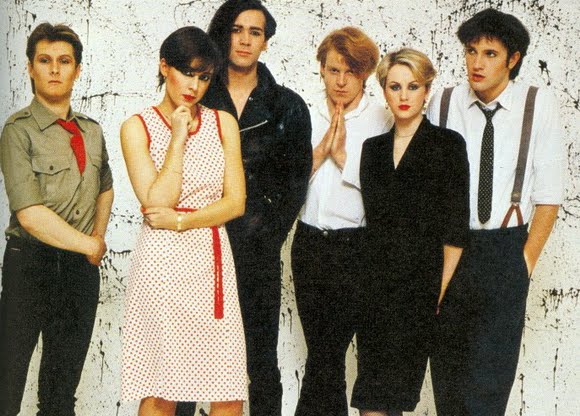 ‘Dare’ is considered as the Human League’s most successful album to date. The musical style of the band has rapidly changed with the new Human League formation leaving the experimental e avant-garde electronic style to the past and welcoming the new commercial synth pop sound. ‘Dare!’ was recorded between March and September 1981 and first released in the UK on 20 October 1981, then subsequently in the U.S. in mid-1982. The album was produced by non other than the veteran producer Martin Rushent who was an expert on emerging music technologies of the time. During 1981 the group enjoyed huge commercial success with both, the album and the singles. The fourth single “Don’t You Want Me Baby” reached the top positions in the UK and USA. Dare became critically acclaimed and has proved to be a genre-defining album, whose influence can be felt in many areas of pop music today. 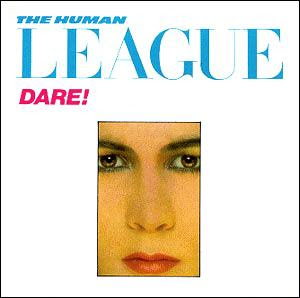 "Don't You Want Me" is a single by British synthpop group The Human League, released from their third album: Dare on 27 November 1981. It is the band's best known and most commercially successful recording to date, and was the Christmas number one in the UK where it sold over 1,400,000 copies, making it the 25th most successful single in UK Singles Chart history.
The lyrics were originally inspired after lead singer Philip Oakey read a story in a "trashy US tabloid" and the very expensive and elaborate promotional video for the song was created by film maker Steve Barron. The Music video was a very new phenomenon and cable TV station MTV had only just started up to capitalize on this new media but had very little material to work with. Virgin Records syndicated the video to MTV which was played around the clock. The video is credited for making Oakey, Sulley and Catherall visual icons of the early 1980s.
Source: Wikipedia (edit) 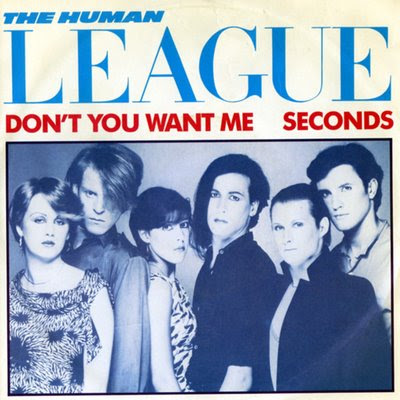 (All media is copyrighted by their respective copyright owners)
Heaven 17 Synth Pop The Human League The Story of...