on February 17, 2011
Petroleum By-Product is a trio from Vancouver, BC formed in 2006 by Sally Jorgensen and Vanessa Turner. The band has a penchant for garbage and glamour and their band concept expresses the dramatically altered world since the invention of plastic. Their music is lush and lavish new wave/post-punk and it echoes this view of society as artificial, superficial, excessive and decadent. Their self released debut album 'Superficial Artificial' was released in 2009 and the band has plenty more to offer! We hope their new material will find a way to be released soon.
http://petroleumbyproduct.com
www.myspace.com/petroleumbyproduct 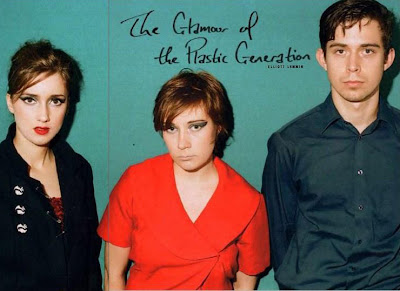