This video for The Chauffeur is the only one on the album in which the band do not appear at all. It was filmed around Notting Hill during the autumn of 1982, while the band was away on tour.A moody, elegant black-and-white piece inspired by the fetishistic imagery of Helmut Newton which features two mysterious, hauntingly beautiful women who are seen ritualistically dressing themselves in elaborate lingerie before traveling separately through the dark streets and tunnels of London to meet in a vacant underground car park for an exotic lesbian encounter. 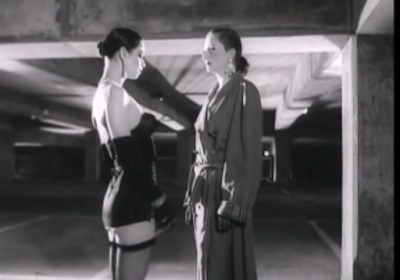