on November 10, 2010
Krisma (formerly Chrisma) is an Italian group which was formed in 1976 by Maurizio Arcieri and his wife Christina Moser. The group started out as electronic disco outfit in the late 70’s and continued to be the leading group of the Italian New wave, successfully releasing several singles and albums during the 80’s decade. 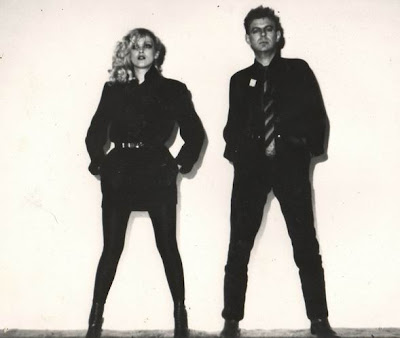 In the same year as the group was formed in 1976, the couple moved from Milan to London to record "U" and "Amore" with the producer Nico Papathanassiou and his brother Vangelis. Their collaboration with Papathanassiou and Vangelis continued through 1977/78. During this time, the duo released the debut album 'Chinese Restaurant' and their the single "Lola" entered the Top 10. 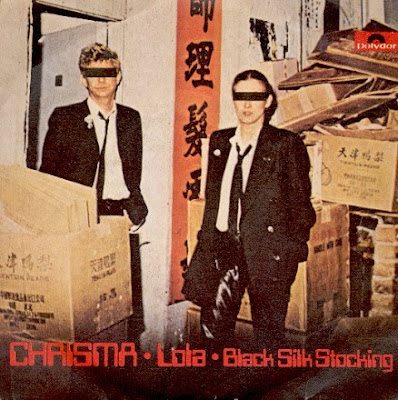 In 1979 Chrisma released their second album 'Hibernation' which brought them international breakthrough. Subsequently the duo moved to London and was firmly established in the London music scene. They caused  a scandal with the single "Aurora B" because the promotional video for the single showed Christina and Maurizio in simulate sexual acts as well as a suicide in a subway station. In 1980 the band officially changed its name from "Chrisma" to Krisma. Their third album, 'Cathode Mamma' featured Hans Zimmer on synthesizer. The single "Many Kisses" was a big hit in Europe. Around this time Krisma developed the first mini sequencer, known as "Krismino". Krisma left Polygram for CGD in 1981. 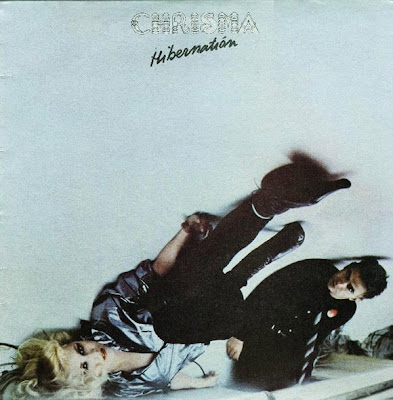 The year1982 saw the release of the experimental "Clandestine Anticipation" album. The album dealed with water in all of its forms (liquid, ice, vapor, fog, snow and rain) and was supported by a series of videos filmed in tropical locations. The clips were first shown on Carlo Massarini's Mister Fantasy program.
Krisma released another album with the lead single "Nothing To Do With The Dog" before moving to New York City in 1986. They directed three videos for MTV, and soon after they began to work for France 2. In Italy they often appeared on the program "Be Bop a Lula" hosted by Red Ronnie for Italia Uno. The single "Nothing To Do With the Dog" and "Iceberg" were released during this time. In 1988 "Non Ho Denaro" was released. It was their last album to be released on vinyl, and today, it is one of the most obscure Krisma records. 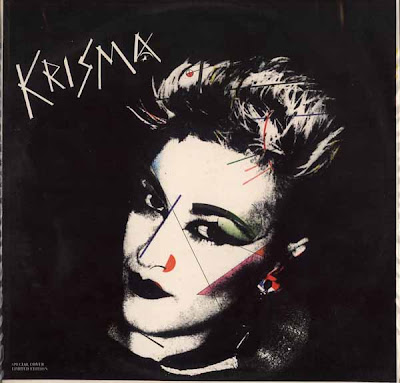 During the 1990s Krisma's first records were remastered. They continued to do freelance work for the Italian state broadcasting company Rai Tre, and they were credited for crafting the special effects on the Marco Ferreri film Nitrato d'Argento. Maurizio and Christina also designed several video-art installations and worked as consultants for Benetton's Centro Ricerca Comunicazione. On July 22, 1998 the couple launched Krisma TV, which was broadcast through the Skyplex satellite service to Europe, North Africa and the Middle East. In June 2000 the band opened their website, www.krismatv.net. Maurizio made a comeback attempt with "Re-Birth," a solo project. The CD single Kara was released in 2001 in both Italian and English versions. Their first two albums 'Hibernation' and 'Chinese Restaurant' were reissued this year by 'Medical Records LLC'.


Note:
The reissue is sold out, but the second pressing will be out early January (black 180gm vinyl this time - limited edition of 500 each)
http://medical-records.org/releases/
Source:
http://en.wikipedia.org/wiki/Krisma

(All media is copyrighted by their respective copyright owners)
Chrisma (Krisma) Electronic Italian The Story of...