on October 15, 2010
Led Er Est were formed in New York in the early 2007 by Samuel Kklovenhoof and Shawn NoEQ and joined later by Owen Stokes who was recruited to the minimal electronic arsenal. They are among the leaders of the new cold wave and minimal synth scene. Their music is a smart combination of all the music styles that shaped the early 80's synth pop era, driving from minimal cold wave electonica to the dark sides of post punk. Could easily be put next to any great record of that time and style. Last year, they have released their debut 'Dust on Common' for Weird Records. Their most recent release includes their version of the Solid Space classic "A Darkness In My Soul"
http://lederest.com
My Space 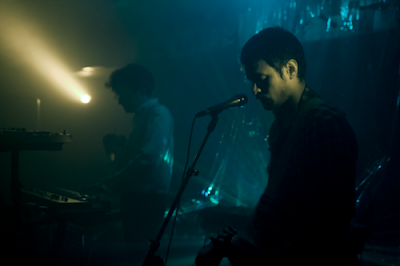