on September 16, 2010
New book recommendation comes from the author Charles Neal who set about interviewing the major protagonists working in sound, word and image. Concentrating on the most challenging and confrontational, he deliberately chose those individuals and groups most at odds with the mainstream. His aim to produce a collection that reflected the cutting edge of the Eighties underground.
With only his tape recorder as defence, he solicited hundreds of hours of interview material, as well as photos, original writing and illustrations. His findings were as intriguing and diverse as the artists included. Often encompassing the taboo and perverse, the opinions of Nick Cave, Genesis P.Orridge and Michael Gira now read like lone voices against the tide of creeping commerciality that abounded in the Eighties music scene. 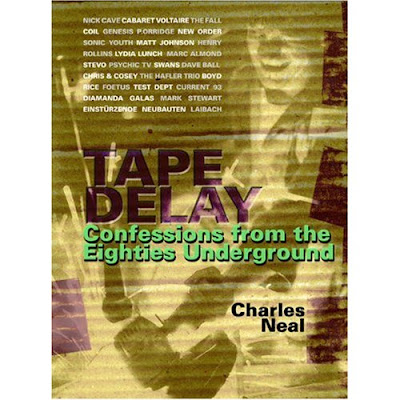