on August 18, 2010
Modern Eon was a band from Liverpool. They were among the bands and artists that sprang of in the New Liverpool scene in the late 70’s around Eric’s club. The band consisted of Alex Plain, Bob Wakelin, Cliff Hewitt, Danny Hampson, Tim Lever. 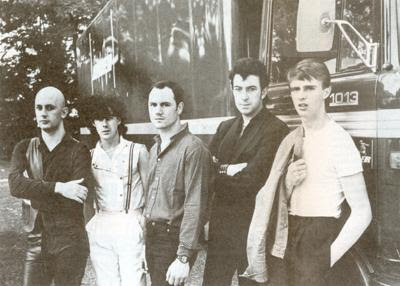 The bands beginnings are a bit unclear. The founding member of the group was Alex Johnson- Alix who teamed up with Danny Hampson to form Luglo Slugs. They went through several name changes until Modern Eon was born in the late 70’s.
Their music of Modern Eon is moody, melodic and always leaves a certain mysterious impression. It defies the routine by occasionally adding odd analog electronics and saxophone with a definite influences from Joy Division and Echo & the Bunnymen. 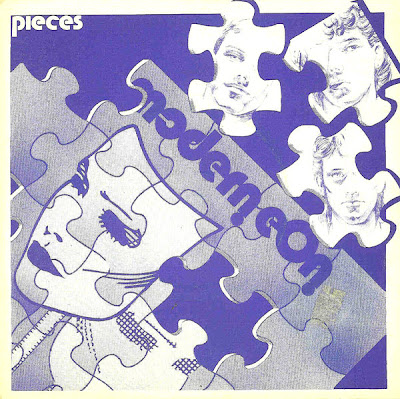 Their first release appeared on a compilation ‘Street to Street’: A Liverpool Album and the first self released single ‘Pieces’ followed. In 1980, they recorded the single 'Euthenics' for Inevitable Records and in early 1981 a re-recorded version of 'Euthenics' was released on DinDisc which also brought some lineup changes. They recruited Bob Wakelin and also Tim Lever for guitar and Saxophone and a 17 year old Cliff Hewitt on drums. 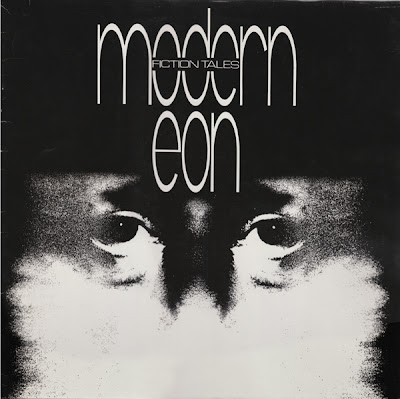 In the early 1981, they released a single on DinDisc label as well as their debut album ‘Fiction Tales’. A tour with the Stranglers was arranged but during rehearsal sessions Cliff Hewitt critically injured his wrist. He did contribute to scheduled appearances for the John Peel, Richard Skinner and In Concert Radio One radio shows, but it soon became apparent that the rigors of a tour would be too much for him and a suitable replacement was not easily found. The solution was that they toured with Cliff's drum tracks on a tape machine and let Cliff operate it. 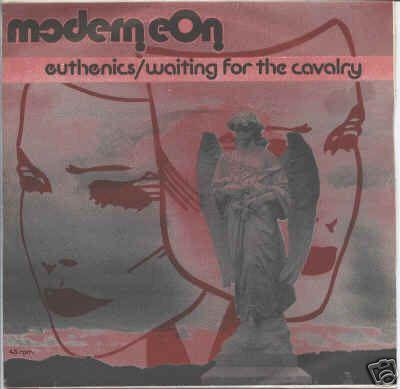 The end of 1981 found Modern Eon at work on demos for a second album and Cliff back on his drum stool but sadly, Modern Eon faded away, never to release a follow up album.

(All media is copyrighted by their respective copyright owners)