on July 06, 2010
It was an interesting year at the crossroads still very influenced by the 70's music and culture but also slowly opening the doors to the new decade and adopting new trends and styles. Blondie, Abba, The Police and The Jam still ruled the charts. David Bowie scored his second number one hit this year while Kate Bush became the first British female artist to have a No.1 album. It was also a sad year in music as the music world lost two very influential musical artist and iconic figures. Ian Curtis of Joy Division hanged himself just days before the US Tour start and John Lennon was shot dead outside his apartment building in New York City, both leaving their families and thousands of fans in mourning and sorrow. The year ended with John Lennon's song "{Just Like) Starting Over" reaching number one in the UK charts announcing the new decade.

During our 30 year anniversary of 1980 in 2010, the following album were voted Top 20 albums by Burning Flame friends and readers... 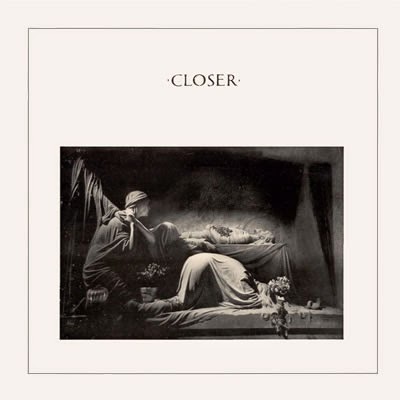 1. Joy Division- Closer  [Factory]
‘Closer’ is the second and final studio album released by Joy Division. It was released on 18 July 1980 on Factory Records, following the suicide of lead singer Ian Curtis in May the same year. The album was produced by Martin Hannett and contains a much more layered and austere sound than its predecessor 'Unknown Pleasures', with synthesizers and studio effects taking a leading role. No singles were released from the album and the songs mostly reflected a desperate or funereal atmosphere, reflected in Peter Saville's cover art. Today the album is widely recognized as a seminal post-punk release. After the posthumous release of Joy Division's non-album hit single "Love Will Tear Us Apart" in June 1980, the remaining members re-formed as New Order.


2. The Cure- Seventeen Seconds  [Polydor / Fiction]
‘Seventeen Seconds’ is the second studio album by the Cure, recorded at Morgan Studio and released on 22 April 1980 by Fiction Records. 'Seventeen Seconds' established the group's gothic rock sound that would continue until 1982's 'Pornography'. Robert Smith wrote the lyrics and music for it and due to budgetary restraints, the record was recorded and mixed in seven days. Despite the mixed reception, the album was relatively successful when released, reaching number 20 in the UK and it was reissued in 2005 and the band re-recorded the tracks "Seventeen Seconds", along with other title tracks. In 2000, Q magazine placed ‘Seventeen Seconds’ at number 65 in its list of the one-hundred greatest British albums ever. The album was also featured in the book ‘1001 Albums You Must Hear Before You Die’.

3. The Human League- Travelogue [Virgin]
‘Travelogue’ is the second full-length studio album released by The Human League, released in May 1980. Although a vast improvement on their debut album, 'Reproduction', which had failed to chart at all the year before, the lack of high success precipitated the departure of founding band members Martyn Ware and Ian Craig Marsh, who went on to form Heaven 17. Their departure led to remaining members Phil Oakey and Adrian Wright moving The Human League in a new musical direction with a new line-up. ‘Virgin Records’ remastered and re-issued Travelogue on CD in 1988, with an expanded track listing which included the Holiday '80 EP, the disco single "I Don't Depend on You" (originally released under the moniker "The Men"), and the single "Boys and Girls", which had been produced by Oakey and Wright after the line-up split.

4. Ultravox- Vienna [Chrysalis]
‘Vienna’ is the fourth studio album by Ultravox released on July 11th 1980. The album was the first made by Ultravox with their best-known line-up, after Midge Ure had taken over as lead vocalist and guitarist following the departures of John Foxx and Robin Simon, and it was also the group's first release for Chrysalis. Ultravox effectively changed pace, style and audience with the arrival of Ure, who had already participated in the formation of Visage with Currie. 'Vienna' was remastered and re-issued on CD in 2000 on the EMI Gold label while the definitive edition of 'Vienna' was released in 2008. The album featured Vienna the most memorable and outstanding hits in the career of Ultravox.

5. Visage- Visage [Polydor]
‘Visage’ is the eponymous debut studio album by Visage released on November 10th  1980. It was recorded at Genetic Sound Studios in Reading, Berkshire and released by Polydor Records. It reached No. 13 in the UK and was certified Silver by the British Phonographic Industry in March 1981."Fade to Grey" was released as a single and became a hit, reaching No. 8 on the UK Singles Chart and Top 10  in Europe, including No. 1 in Germany and Switzerland and even today still covered and remixed and considered as the ultimate 80's classic and is considered as the ultimate New Romantic musical monument. The mastermind behind the Visage Steve Strange passed away in February 2015.

6. Talking Heads- Remain in Light [Sire]
‘Remain in Light’ is the fourth studio album by Talking Heads, released on October 8, 1980, on Sire Records. It was produced by the quartet's long-time collaborator Brian Eno and peaked at number 19 on the Billboard 200 in the US and at number #21 on the UK Albums Chart. 'Remain in Light' was widely acclaimed by critics, praised on its cohesive merging of disparate genres and sonic experimentation. The record has been featured in several publications' lists of the best albums of the 1980s and the best albums of all time, and it is often considered Talking Heads' magnum opus. In 2006, it was remastered and reissued with the addition of four unfinished outtakes.


7. Echo & The Bunnymen- Crocodiles [Korova]
‘Crocodiles’ is the debut album by Echo & the Bunnymen. It was released on July 18th 1980 in the United Kingdom. The album reached number  #17 on the UK Albums Chart. "Pictures on My Wall" and "Rescue" had previously been released as singles. The album was remastered and reissued on CD in 2003 containing ten bonus tracks on the UK version and eight on the US—these releases were marketed as 25th anniversary editions. The album has since sold over 100,000 copies and the band was awarded with a gold disc for the album on 5 December 1984 by the British Phonographic Industry. In 1993 the NME listed Crocodiles at number 28 in its list of the 50 greatest albums of the 1980s.

8. Japan- Gentlemen Take Polaroids [Virgin]
‘Gentlemen Take Polaroids’ is the fourth studio album by Japan, released on 24 October 1980 by Virgin. It was the first album on Virgin and it continued in the vein of their previous album ‘Quiet Life’, utilizing a combination of electronic elements coupled with more traditional instruments. The album was preceded by the release of the title track, which peaked at number 60 in the UK Top 100, the group's first single to chart and it also featured the single "Nightporter". In 2003, ‘Gentlemen Take Polaroids’ was reissued with slightly different cover art.

9. Adam and the Ants- King Of The Wild Frontier [CBS]
‘Kings of the Wild Frontier’ is the second album by Adam and the Ants. It was released in November 1980 by record label CBS. This album introduced the "Burundi beat" sound to popular music. It reached No. 1 in the UK Album Chart, and spawned three hit singles: "Kings of the Wild Frontier", “Antmusic” and “Dog eat Dog”, all reaching the Top Ten of the UK charts. The album was remastered and reissued in 2004 with several bonus tracks and the cover art for it was featured in the book ‘1001 Albums You Must Hear Before You Die’


10. OMD- Organisation [DinDisc/ Virgin]
‘Organisation’ was the second album by Orchestral Manoeuvres in the Dark (OMD), released in 1980 with "Enola Gay" being the only single taken from album. The album is notable for its melancholy tone. This album sees OMD's sound evolving from Kraftwerkish - Numan synthetic pop to more melancholic sound inspired by Joy Division. The New Musical Express named ‘Organisation’ as one of the 50 best albums of 1980. The record was listed in Slicing Up Eyeballs' "Best of the '80s" in March 2013, being ranked as one of the top 35 albums of 1980 based on 3,360 reader votes. The album was remastered in 2003.