on May 29, 2010
"Pop Song 89" was a third single from the album 'Green' released in 1989. The video was shot in black and white and featured the singer Michael Stipe and topless girls dancing in the background. MTV asked Stipe, who directed it himself, to censor the three topless women with whom he was dancing in the video. Instead, Stipe superimposed black bars on the chests of all four dancers, himself included, and stated, "a nipple is a nipple." 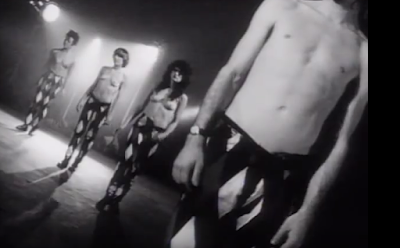