on March 03, 2010
Parallels is an electronic-pop trio consisting of Cameron Findlay (drums), Holly Dodson (vocalist) and Joey Kehoe (live synths). Parallels has developed a loyal following and critical acclaim internationally as well as in their hometown, Toronto, since their formation in October 2008. "Visionaries" is their first full-length release composed of 12 songs, written, recorded and produced by Findlay and Dodson at Marigold studios in Toronto. They will be releasing the album independently on Marigold Records and Koch/E1 Entertainment. "Visionaries" is currently available online (Amazon/iTunes) and in stores in April 2010. 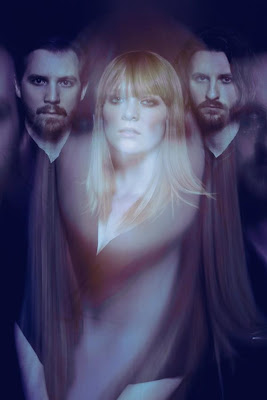