on February 06, 2010
Nude Wave is a new label on the Burning Flame Blog which will feature music videos which have caused controversy during the 80's musical era. Most of them have been banned, censored or edited due to the explicit content of of nudity, sexuality or violence which they showed.
The first video ever that caused such controversy was by Duran Duran a very famous band at that time. The video for their song "Girls on Film" featured topless women, mud wrestling and other depictions of sexual fetishes. It was directed by fellows Godley and Creme. The video was instantly banned by BBC and heavily re-edited for the MTV airplay. Here is the original version of the video. Enjoy! 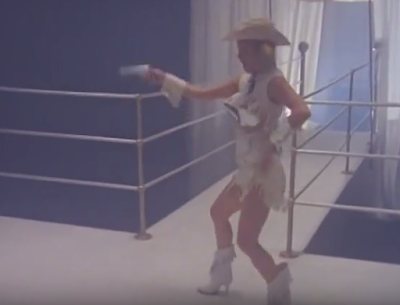