on November 10, 2009
Fan Death is one of the new interesting Canadian outfits which consists of Dandilion Wind Opaine, Marta Jacuibek and producer Szam Findlay. They say, their music is a gloriously downcast and sad symphonic disco. You might put them next to Baccara and Glass Candy and the Chromatics. To date they have released 2 12” records: "Veronica’s Veil" on Erol Alkan’s Phantasy Sounds imprint and "Cannibal" on Tokyo based Big Love Records. Their debut LP is going to be released soon. 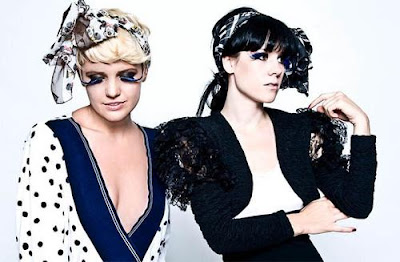