on October 03, 2009
Torch Song was a British synthpop and dance band of the early 80’s. The band consisted of William Orbit, Laurie Mayer and Grant Gilbert. They released two albums and several singles during the 80’s. In the 90’s they teamed up with Rico Conning to record their last one in 1997. 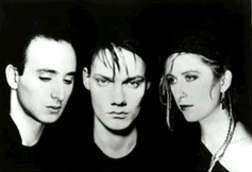 Torch Song as a trio were already writing and recording since 1981. In 1983, they were launched by IRS Records and they released their first single "Prepare to Energize”. Their debut single was a surprise hit which was played in nightclubs and discos. It also appeared in the Tom Hanks movie ‘Bachelor Party’. Their debut album ‘Wish Thing’ was released a year later in 1984. The singles “Don’t Look Now” and “Tattered Dress” followed. There were also rumours that Torch Song would eventually produce next Sting album. 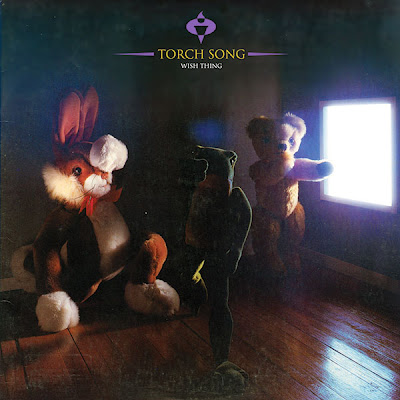 In 1985, William Orbit co-produced Sting’s song "If You Love Somebody Set Them Free", Torch Song released their third single “Ode To Billy Ray” which was followed by their second album ‘Ecstasy’ in 1986. In the same year Orbit continued remixing and producing music for other artists including his first famous remixes on the chart-topping singles by Belinda Circle “In the Sand” & “Mad About You” The Torch songs released two more songs this year including the “White Night” which appeared on the ‘Texas Chainsaw Massacre III’ soundtrack.
After the release of the compilation album ‘Exhibit A’, Torch Song disbanded in 1987. William Orbit retained contract with I.R.S. records and launched his solo career. He released two albums and few singles and continued remixing and working with Erasure, the Human League, Gary Numan and Jimmy Sommerville. 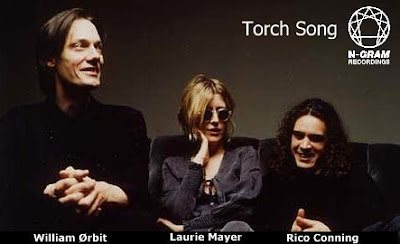 Torch Song were reformed in 1995 and joined by Rico Conning for the third album release which was entitled "Toward The Unknown Region". Orbit’s career was radically put in the public eye with the production of a long-awaited Madonna album "Ray of Light" in 1997. Today William Orbit still does the remixing as well as producing his own music. The female vocalist Laurie Mayer released her first solo album in 2006 entitled 'Black Lining' which was co-producd by Rico Conning.