Next Wave: Florence & The Machine

on July 04, 2009
Florence and The Machine is a British group that consists of Florence Welch and her backing band of several musicians which is a reffernce to "the Machine". The music of Florence & The Machine is generally reffered to indie, pop-rock and bit of tribal and folk and this is what Florence thinks music should sound like: “I want my music to sound like throwing yourself out of a tree, or off a tall building, or as if you’re being sucked down into the ocean and you can’t breathe”.
The band's debut album, 'Lungs', will be released on 6th July 2009. The albums was preceded by few brilliant songs including the cover version of "You've Got The Love" and their latest release "Rabbit Heart" which were released earlier this year. 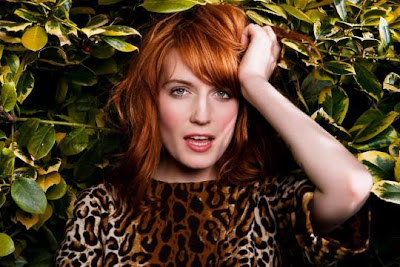