on July 24, 2009
Henry Badowski is known as the British songwriter and composer as well as a multi instrumentalist. At the beginning of his career he used to play in many Punk and New wave bands. In the early 80's he released few singles and recorded one LP, after which he withdrew from the music and public life. 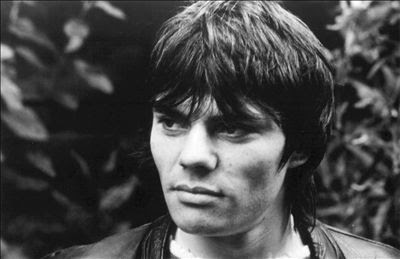 Henry's career started in a punk band Chelsie where he was a bassist. He later joined Wreckless Eric's band as a drummer, he sang and played keyboards with short-lived King a punk/psychedelic group. He also played briefly with Alternative TV. Before launching his solo career he was temporary member of the Damned off-shoot, the Doomed, playing bass guitar.

Badowski's solo career began in the summer of 1979, with the release of "Making Love With My Wife" on Deptford Fun City label.The single drew favourable reviews and within a month he had signed a contract with A&M Records, releasing a further two singles "My Face" and "Henry's In Love", closely followed by the album 'Life Is Grand...', His album displayed strong 60's and 70's influence and Henry himself played the most of the instruments except the violin and the guitar. After his album release and no new follow-up Henry has withdrawn from music and public life. His album has never been remastered.