on July 01, 2009
Bad Lieutenant, a new group put together in 2007 by New Order’s Bernard Sumner (guitar and vocals) alongside Phil Cunningham (guitar) and Jake Evans (guitar and vocals) are pleased to confirm they have completed their long awaited debut LP, which is set for release in autumn this year.
Together, the band have spent over a year writing, recording and mixing the album near Manchester, drafting in additional musicians including Stephen Morris and Alex James. Song titles and live dates will be announced in due course. A new single is expected to be released prior to the LP. 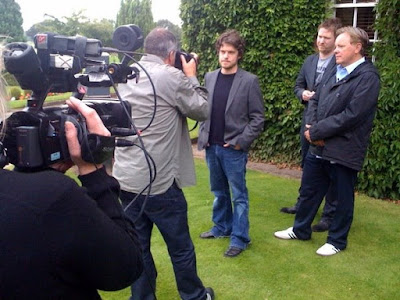