on March 26, 2009
Bat For Lashes will release a new album on 6 April 2009. This will be the follow up to her Mercury Music Prize nominated album Fur and Gold. According to the press release, Two Suns is bringing reflection about the philosophy of the self and duality. The album features collaborations with Scott Walker and Yeasayer.The first single from the album is called "Daniel" and it is released on 1 March 2009. 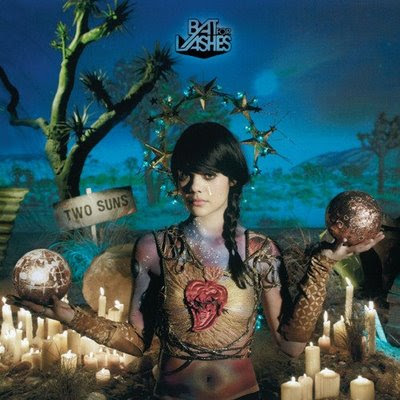