Dalek I (Love You)

on January 03, 2009
Dalek I Love You is a band from Liverpool which was formed in the late 70’s. Originally the band appeared under a name Radio Blank… and was fronted by Adam Gill. Later they changed their name into Dalek I Love You which came about as a result of a compromise between two of the members: Balfe wanted to call the band Dalek (after the Doctor Who villains) and Gill wanted to call the band Darling, I Love You. They released three albums and several singles in the first half of the 80’s. 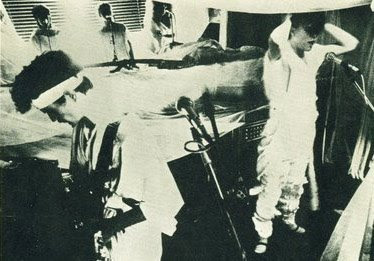 The original lineup of Dalek I Love You included: Alan Gill (vocals, guitar), Keith Hartley (vocals, guitar), Kenny Peers (drums), Dave Hughes (keyboards), Martin Cooper, Chris Hughes (record producer) aka Merrick and for a very brief time, Andy McCluskey. McCluskey only stayed with the group one month, realizing he could not be happy in a band as singer alone. By the time they were releasing their debut album ‘Compass Kumpass’ they were pared down to Alan Gill and Dave Hughes, while other members were involved in other musical projects. Before the first album release through Phonogram the name of the band got shortened into Dalek I without telling it to the band members so they emerged as Dalek I. The band released three singles form their debut album including the debut single “Freedom Fighters” This is how New Musical Express described the music of Dalek I.

“A prime example of living-room music construction, it features catchy, interlinking little riffs over a plodding beat formed by combining elements of both drums and drum-machines and Gill's calmly urgent vocals. Ingeniously simple but infuriatingly infectious -- rather like an adult Human League on speed -- "Freedom Fighters" is one of the year's best singles so far, and from what I heard of their other material, there's plenty more where that came from.” New Musical Express

After the first album was released the only remaining member Alan Gill joined the group Teardrop Explodes. He co-wrote some songs on the album and even appeared together with the band in the US and UK. Dalek I Love You returned under the original name with a new lineup which also saw some old names including Gordon Hon and Keith Hartley. Together they recorded the second self-titled album. The album was released through Korova and was preceded by two singles “Ambition” and “Holiday in Disneyland”. The sound on the new album was different compared to the debut album. The songs were more upbeat with the funky bass groove. The cover by Geoff Halpin looks like a still from a fifties sci-fi flick (or maybe Dr. Who). The tinted photograph is of a woman, dress torn, reacting to a horrific presence. The lush colours and campy subject matter play off each other -much like they do in Dalek I Love You's music. 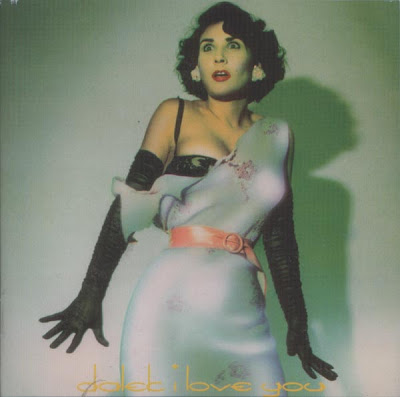 After the last single release “Horrorscope” Dalek I Love You split and the band members went different ways. Alan Gill contributed two tracks to the soundtrack of Letter to Brezhnev (1985). This film, directed by Chris Bernard, was set in Liverpool and starred Margi Clarke. In 1985 ‘Naïve’ was released the third album on his own Bopadub label. This record was released on a tape only and it is considered extremely rare. The songs from the album Naive are avilable on http://www.dalekiloveyou.com/.The other two records were reissued ‘Compass Kumpas’ in 1989 and ‘Dalek I Love You’ in 2007.

Dalek I Love You Liverpool OMD