on December 08, 2008
Chrisma released "Black Silk Stocking" in 1977 as b-side single of "Lola" for Polydor. Both songs were featured on the the album 'Chinese Restaurant' released in the same year.The band was originally from Italy but recorded mostly in English. Their name was a combination of their initials, namely Mauricio Arcieri and Christina Moser. Mauricio sadly passed away last year. 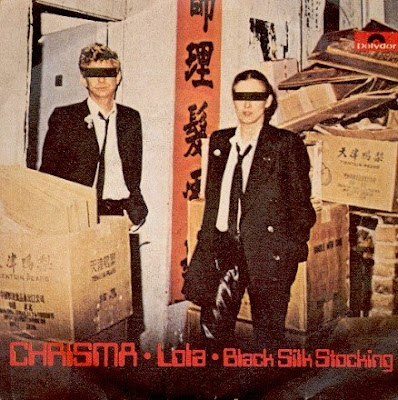