on September 30, 2008
'Skeletal Lamping' is the title of the ninth studio album by Athens, Georgia-based band Of Montreal. The album is scheduled to be released on October 21, 2008. Lats track of the album has previosly been released as a single on September 9, 2008. It's entitled "Id Engager". The title 'Skeletal Lamping' is the name of a rather dreadful hunting technique where, hunters go into the forest at night, flood an area in light, then shoot, or capture, the animals as they panic and run from their hiding places. 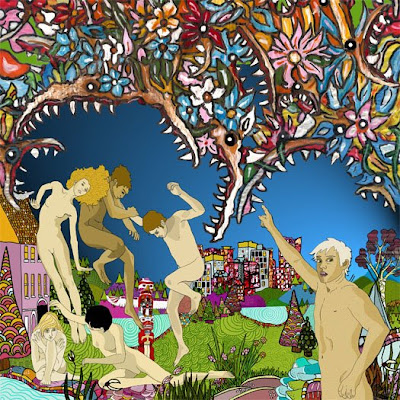