on September 16, 2008
Šizike (Shizike)was a female trio, a band from Begrade, Serbia which was formed in the early 80's. In 1984 they released their only album 'In The Wonderland' from which the single "Don't Stop" was taken. The album was released on PGP RTB and it was produced by Zoran Jeftic. Their sound was combination of early Bananarama and Tom Tom Club, minimal synth with breakbeats, scratching and vocoder inputs.The songs were mostly sung in Serbian 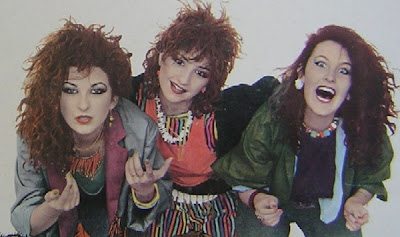