"Disco Really Made It" was a hit for the Hague based Dutch group back in 1979. The band name was inspired by a poster the they once see and it was referring to the band as a team. Not really much disco sound here, more a story line, they provided a nice New wave gem at the crossroads between two decades. This was one of the first releases for Gruppo Sportivo on Ariola Benelux record label and the song also appeared on several single compilations during the 90's. 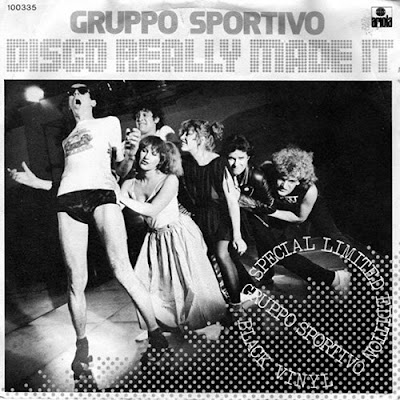