on June 05, 2008
Annabel Lamb is a British singer-songwriter. She has released six albums to date (including a Top of The Pops performance in 1983, with her cover version of The Doors "Riders On The Storm", her only hit on the UK Singles Chart). She has been diverse at times, her earlier albums showing decidedly new wave, synth-pop, experimental rock, jazz and ethnic influences. 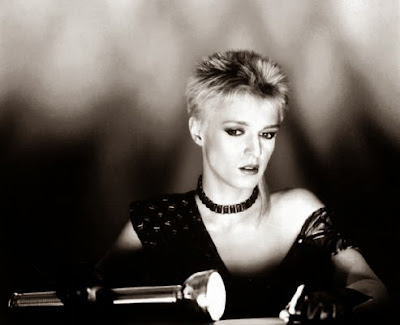 In 1983 she released her debut album "Once Bitten" The U.S. version of the album differed from the UK release and as well as different cover artwork, contained the single "Riders On The Storm" which was not present on the original UK issue.

Lamb has also been a session singer and musician for the likes of Toni Basil and Tina Charles.As well as her recording and touring career, Lamb has co-written songs with many other artists, notably the song "Amazed Are We" for Maxi Priest. Amongst her influences, she lists James Taylor, Bonnie Raitt, Jane Siberry, Fairport Convention and Paul Brady.