on April 25, 2008
Microdisney was an Irish group which began recording in their native town of Cork, Ireland, producing a muted, heavily melodic, atmospheric sound. The group consisted of: Cathal Coughlan, vocals/keyboard, Sean O'Hagan, guitar, Jon Fell, bass and Dave Galvin, drums. They released several albums and singles during the mid and late 80's. 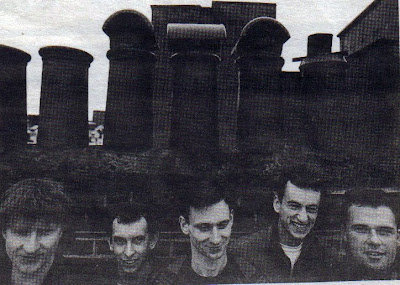 Their first few singles, including 1983's "Pink Skinned Man" were produced by Dave Feeley and released on small indie labels like Kabuki. After relocating to London, they signed to Rough Trade and tapped John Porter (producer of The Smiths) to produce their debut album, 'Everybody's Fantastic'. At this time the band became acquainted with John Peel, who championed their music and gave them the first of several Peel Sessions which also gave Microdisney a wider audience. 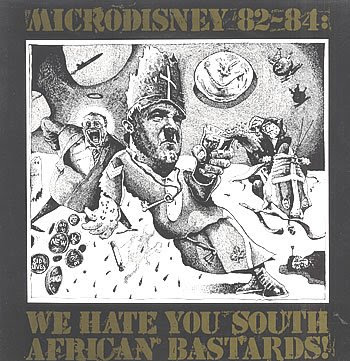 Soon after, bassist Jon Fell and drummer Tom Fenner were added as a permanent rhythm section, Microdisney's sound gradually became more commercial and chart oriented, as heard on their 1985 release, 'The Clock Comes Down the Stairs', and its corresponding single "Birthday Girl". Despite this stylistic shift, Coughlan's lyrics grew increasingly sardonic and scathing. They wrote about people- the people who let it all happen. They peered deep into the human soul and found fear, insecurity, ignorance, greed, apathy. Sometimes they still even had time to laugh. They wrote about love, about sex, about lifestyle, about politics and usually it took just one 3 minute song to cram it all in. A song about nuclear war "Town to Town" was a rock-along sing song about yuppies attempting to live normal lives amid a nuclear holocaust. Their 1987 single "Singer's Hampstead Home" is often described as an attack on Boy George (of Culture Club fame) and the media circus that surrounded his post Culture Club years. 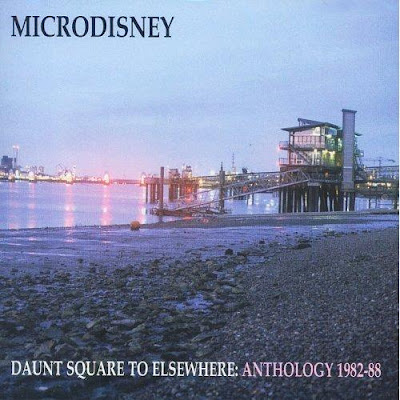 In 1988, with chart success and mainstream acceptance having continually eluded them, Microdisney disbanded. After they disbanded Coughlan formed The Fatima Mansions and O'Hagan formed The High Llamas, retaining Jon Fell. Post break up two further compilations were issued of previously released material - 'Big Sleeping House' a Collection of Microdisney's Finest Moments, and the 'Peel Sessions' which has most of their collected BBC John Peel sessions apart from the last one.