on April 14, 2008
Saturdays=Youth is a new album by French electronic group M83 which is set to be released on on April 14, 2008. The album was recorded with Ken Thomas (known for his work with Sigur Rós, The Sugarcubes, Cocteau Twins and Suede) and Ewan Pearson (who has also produced for Tracey Thorn, The Rapture and Ladytron). "Couleurs" is the first single, released to digital retailers on February 25, 2008. The album's second single, "Graveyard Girl," was released on April 8, 2008 with the original album version as well as a remix by Yuksek. 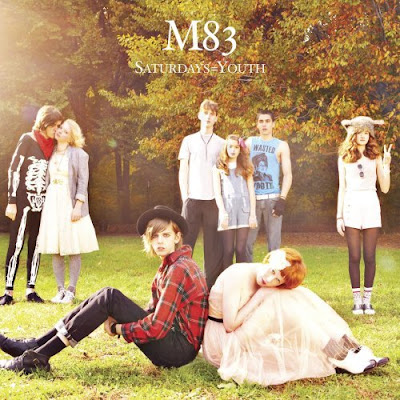