on March 08, 2008
Miro Miroe, pronounced "ME-ROE ME-ROE" was born in Cricklewood, England in the early when Ian Ritchie met Miss Bee. Ian has a chemistry degree from Liverpool University, and Miss Bee started her entertainment career with Thames Television as a lavatory cleaner. Miss Bee was doing Blonde impersonations with "the most mediocre band in the world" and Ian was looking for a singer/lyricist. Evidently they met one night in a pub where Ian was performing jazz with a Texas guitarist, and Bee requested Wagner's "Ring Cycle." Bee sang "Die Walkure" while Ian played "Ornithology" in accompaniment. 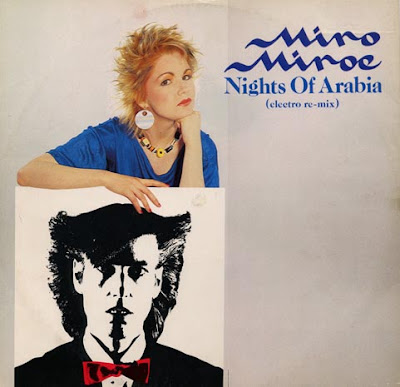 Miro Miroe were signed on CBS and released three singles including “Nights Of Arabia”, the first single which did do fairly well. Unfortunately this was a massive surprise to CBS, who did not have enough copies made to properly service the record. The sales and chart position faded away as there was no re-stocking of the single in the shops. No promotional video was ever made. Two more singles were released. “Islands” from the Colin Thurston sessions and “Ready, Steady” which was produced by Steve Levine. Again, limited copies were pressed, insuring no possibility of chart success. 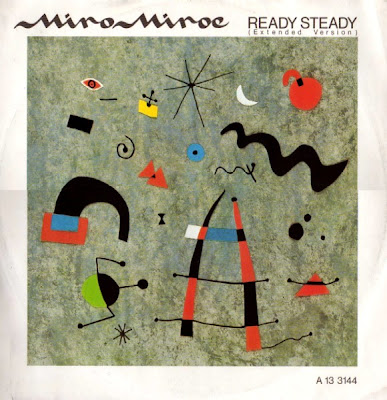 Later Ritchie went on to produce Pete Wylie, Roger Waters, Hugh Cornwell and Laurie Anderson amongst others.
in 2014, after more than thirty years, all their recording material has been released on CD under the title 'The Face'. This record is available on CD Baby.