on March 20, 2008
Gang of Four are an English post-punk group from Leeds. Formed in 1977 by Leeds University students Jon King (vocals), Andy Gill (guitar), Dave Allen (bass), and Hugo Burnham (drums). Along with the Fall, Mekons, and Liliput they produced some of the most exhilarating and lasting music of the early English post-punk era of 1978-1983. They re-emerged twice in the 1990s with King and Gill. In 2004, the original line-up reunited. 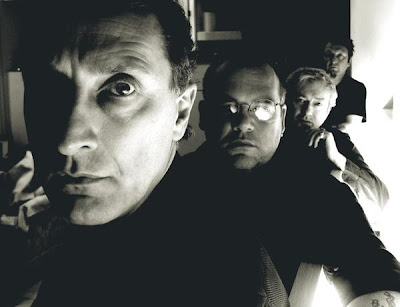 In fact the term "Gang of Four" refers to the "big four" Structuralist theorists: Claude Lévi-Strauss, Michel Foucault, Roland Barthes, and Jacques Lacan, not to be confused with the Maoist Gang of Four in China. They play a stripped-down mix of punk rock, with strong elements of funk music, minimalism and dub reggae and an emphasis on the social and political ills in society. Song titles sounded like the titles of radical political essays: "At Home He's a Tourist", "Damaged Goods", "It's Her Factory", "Love Like Anthrax," "To Hell With Poverty," all of it openly challenging the audience's preconceived notions about rock music, performance, the cult of celebrity, and the nature of politics. Their musical work was heavily influenced by a university-funded trip to New York, where they saw Television and the Ramones at CBGB. The Gang's debut single, "Damaged Goods" b/w "Love Like Anthrax" and "Armalite Rifle", was recorded in June 1978 and released on 10 December 1978, on Edinburgh's Fast Product label. It was produced by the Gang and Fast Product honcho Bob Last. It was a #1 indie chart hit and John Peel radio show favourite. Later, they were then signed by EMI records. The group's debut single with this label, "At Home He's a Tourist", charted in the British Top 40 in 1979.After three consecutive sensational albums, as well as a handful of EPs and singles including "I Love a Man in Uniform" and "Call Me Up" , Allen left in 1982 to form the more danceable and less overtly political Shriekback, while Gill, King, and Burnham recorded the misguided "radical soul/R&B" record Hard with veteran American producers Ron and Howard Albert. 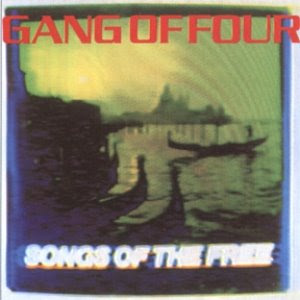 Gang of Four experienced a mini-renaissance in the early '90s with the release of two excellent collections (A Brief History of the Twentieth Century and The Peel Sessions Album). King and Gill put together a new Gang of Four and released the tepid but not disgraceful Mall in 1991. The original lineup reconvened in 2004 to tour extensively and release 2005's Return the Gift, featuring re-recordings of their early material. They have always remained, to the ears of those opened wide by punk rock, an extremely important band.
Great news is that the guys are working on a new album which is scheduled to be released in June this year. They will also be playing few gigs in Europe. Belgrade and Zagreb are already confirmed for the 9.-10. of May 2008.