on March 23, 2008
'Funplex' is the forthcoming eighth studio album recorded by The B-52's during 2006 and 2007. The album will be released on March 25, 2008.It is the first album of new material that the group has released since Good Stuff in 1992, although the band did record two new songs for their 1998 compilation album Time Capsule: Songs for a Future Generation.
The first single from the album was released digitally on 29 January 2008, and is the title track, "Funplex". The single was featured on this blog earlier this year. 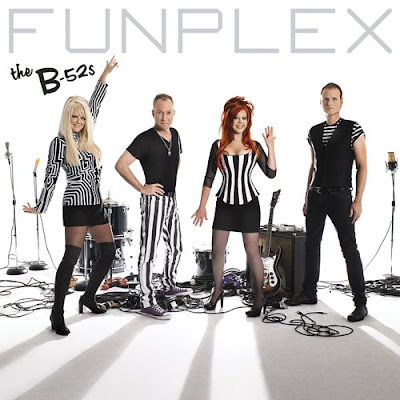