Robots In Disguise- We're In The Music Biz

on February 15, 2008
The English electro punk band Robots in Disguise have released their third studio album last week. All tracks on the album 'We're in the Music Biz' were written by Dee Plume and Sue Denim. The album was preceded by the single "Sex Has Made Me Stupid" which was released last year. In the video for this song paper robots have sex. 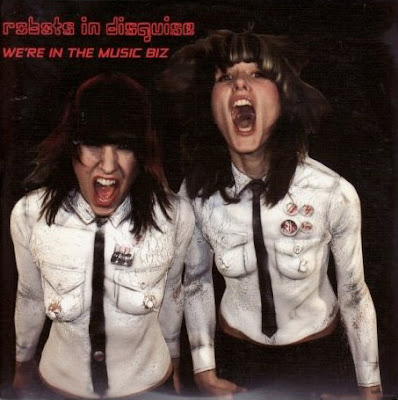