on February 16, 2008
Martin Dupont was French group from Marseilles formed in the early 80’s. The group consisted of Alain Seghir, Brigitte Balian, Beverly Jane Crew. The first single “Your Passion” was released on Turquoise and later LP were released on the Facteurs D'Ambience label, formed by Alain Seghir and Alain Arnaud. Their music style was classified as minimal synth darkwave mixing with both male and female vocals. They released three albums between 1982-1987 and one single, after what they split in 1987. 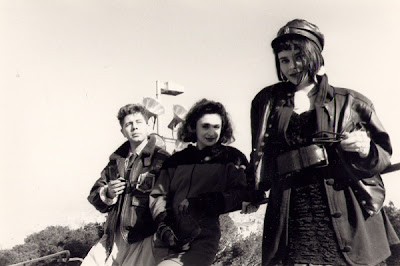