Instant Hit: And One- Forever J

on December 28, 2007
This is one of the songs I have been listening to a lot this year, by German group And One. This song was originally recorded by Terry Hall and released in the early 90's and the cover later became a b-side of the single "Wasted" which was released somewhere around 2000 by And One. 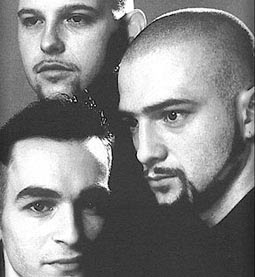