Instant Hit: This Island Earth- Take Me to The Fire

on November 15, 2007
"Take Me To The Fire" was one of the two singles which This Island Earth released during their brief existence in the mid 80's. The single was backed by "Pearl of Love" and it was released in 1985 by Magnet.  It was regularly played on WLIR radio during the summer 1985. 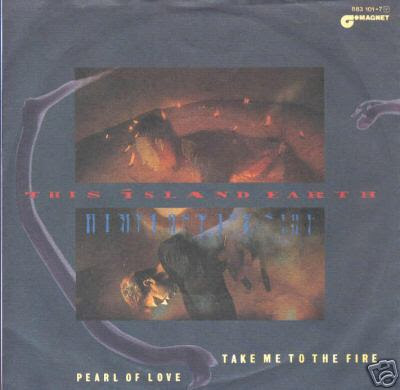