on October 05, 2007
Vitamin Z founders Geoff Barradale and Nick Lockwood, both just 25 years old, were born and raised in the industrial wastelands of Northern England’s Sheffield, a city whose pop heritage included such notables as Dave Berry and Joe Cocker, as well as, Human League and Cabaret Voltaire. 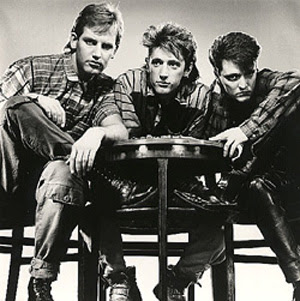 The group originally took shape around a loose-knit collection of local musicians who came together in a common rehearsal space.Vitamin Z’s vocalist Geoff Barradale was inspired to be a singer after attending a Paul Young concert. Ironically, like Paul Young, Vitamin Z became recognized in the U.S. for one lovelorn ballad in the ’80s and really nothing else. The song was “Burning Flame” and it represented Vitamin Z’s creative peak, encapsulating the mid-’80s pop scene in England when British artists such as Young, the Style Council, and Spandau Ballet took stabs at blue-eyed soul.
Barradale and Lockwood, recognizing early their mutual affinity for melodic evocative modern music, began developing material together, eventually forming a group that performed for increasingly enthusiastic crowds in and around their home town. They next traveled south to London to record their Geffen debut, choosing the famed Abbey Road Studios to cut the tracks that would eventually comprise 'Rites Of Passage'. Provocative, compelling, innovative - Vitamin Z, on 'Rites Of Passage', their debut album for Geffen Records, have fashioned a fresh and fully realized sound far ahead of its time. It’s an accomplishment all the more impressive given the fact that Vitamin Z is a brand new musical entity. While others were more intent on making their image fit the mainstream, Vitamin Z were working on their songs, smelting down their soul influences, manicuring their melodies, making modern sound with roots firmly embedded in the music they respected. 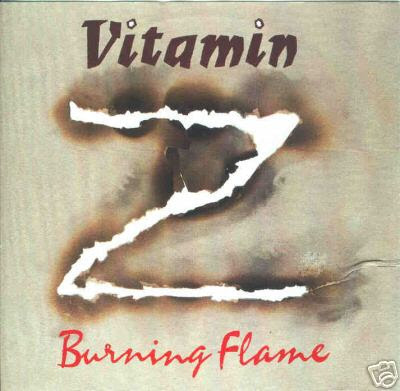 Their “Burning Flame” single was a club favourite in Britain and appeared in dance charts all over America while in 1985, as accompaniment to their “Circus Ring” single, they filmed a video in Istanbul, the first time Western cameras were allowed into Turkey since Alan Parker’s prison movie, Midnight Express, had so outraged and enflamed international relations.
Vitamin Z have been ominously quiet since 1985 but it transpires they were spending time doing what they've always done - seeking to perfect their notion of what music should be. The result of their labours is "Burn For You", a soaring affirmation of undying love, a meteorite among electric soul ballads. Strongly humanitarian, it carries the same message that runs through all Vitamin Z’s work that an experience honestly shared is a joy and a hope; a belief that shines through Sharp Stone Rain, their second LP, due for release in the Autumn. 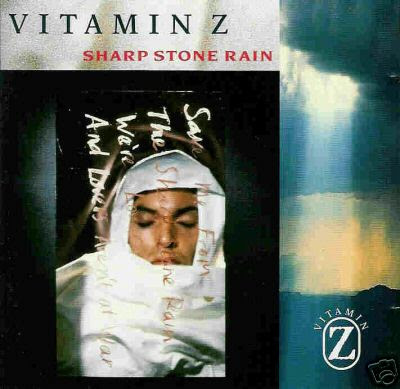 'Sharp Stone Rain', Vitamin Z’s second album (both on Geffen Records), justifies the band’s unswerving persistence of vision. From it’s first single, “Can’t Live Without You”, to a reprise of its initial American success, “Burning Flame”, to the intense "Burn For You", Vitamin Z proves to be a master of the electric soul ballad, the rock ‘n’ roll torch song. Barradale’s honey-poured-over gravel voice and Lockwood’s compelling music create an unmistakably distinctive sound, one matched by Barradale’s deceptively simple yet intriguing lyrics. Vitamin Z also revisited “Burning Flame” on their next album, Sharp Stone Rain, its title a reference to the bombing of a Northern Ireland church wherein 11 people were killed. But the LP was not successful and the group split up. Barradale started the Wild Orchids and then began recording with Seafruit in 1998.
You may have heard of one of the hottest bands in the U.K. these days called the Arctic Monkeys. Well it was Geoff Barradale who saw the band and signed on as their manager. They had a hit in the U.K. with the song “I Bet You Look Good On The Dancefloor”, and released their first full length CD titled Whatever People Say I Am, That’s What I’m Not.