on October 02, 2007
"Trains vs Plains" was the first single for the L.A. based Human Hands which was released in 1981 by Faulty Products. The band broke up shortly after this and Independent Project Records released a first edition double-album compilation of the band's work in the 1982. The Complete Human Hands Vol. 1 was released in 1997 on CD by Grand Theft Audio. 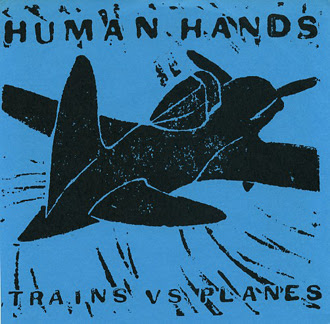