on October 12, 2007
After the initial explosion of punk, and the cut and thrash of that genre, bands began to find there own direction and, occasionally, a name change would help to disassociate them from their original intentions, Emergency were one of those bands, and early in 1979 changed their name to Foreign Press, (999's single Emergency gave the final push, although as a band name, 'Emergency' lived on, in the shape of a Belfast based punk outfit) the name the band eventually settled on was Foreign Press, and with this name change came a first EP 'Downpour' on Streets Ahead, (SA1) recorded at Rochdale's Cargo Studios and Co produced by Joy Division's Rob Gretton. 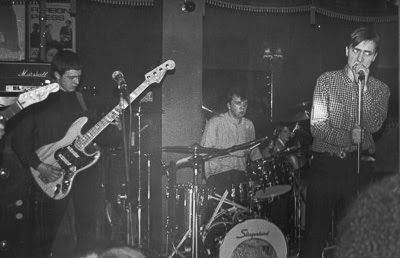 Streets Ahead began life as a small record shop in Altrincham, Greater Manchester, (42 Lloyd Street) during the early 70's, owned and ran by Bob and Jane Jefferson, their interest in music was deep, and not just content with selling vinyl, they wanted to be involved in the whole process, initially by promoting gigs for the Youth club night at the nearby Bowdon Vale Social Club, as well as Foreign Press, bands such as Joy Division, The Fall, The Freshies, V2, The Passage, The Fast Cars all helped make the Youth club nights pass into legend. Bob also wanted to get involved with recording, and the unsigned Foreign Press took up his offer to record (the Chiswick label had been making their intents known about signing the band, but their constant stalling prompted the band to sign to Streets Ahead for a single deal) 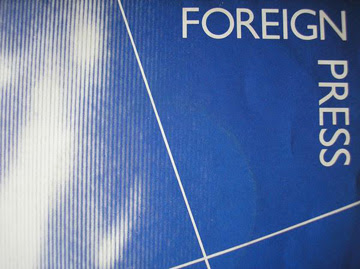 It was around this time that a couple of the band members invested in a large ALTEC PA, not only for the use of the band, but also to hire out to anyone willing to part with the cash, and as many bands rehearsed at TJD's, the word soon spread, Joy Division took up the offer on more than one occasion, (The above Bowdon Vale gig being a prime example) this kept everyone busy, when not gigging themselves, we were out live mixing for other bands
Foreign Press, as Emergency before them, played the various infamous Manchester Venues of the period, so much so, it was remarked that "Tony Wilson has had Emergency/Foreign Press play the Factory so many times, I thought they were the House band".