on October 16, 2007
Black was a British group which was formed in Liverpool, England in the early 80’s.The main figure of this unit was the singer/ songwriter Colin Vearncombe. In 1987 they would score on of the biggest hits of 80’s music, the “Wonderful Life”. 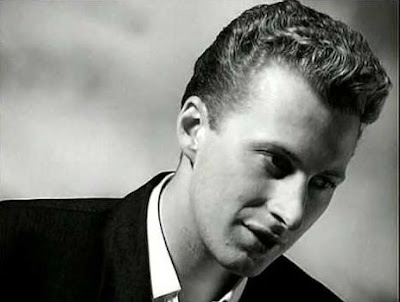 The first incarnation of Black, consisting of Vearncombe and a cast of anonymous session players, debuted with the single "Human Features" on the local Rox label. The record quickly sold out, and soon Vearncombe was approached by the Eternal label, operated by fellow Liverpudlians Pete Wylie and Wah! With the addition of ex-Last Chant keyboardist Dave Dickie and bassist Jimmy Sangster, Black became a true band, and soon issued their sophomore effort "More Than the Sun". 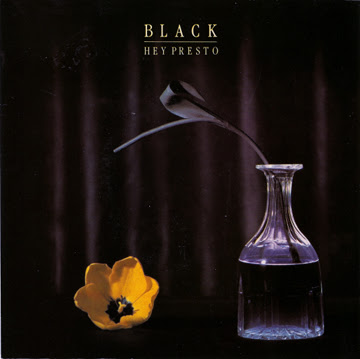 The trio eventually came to the attention of WEA, which funded Black's third single "Hey Presto". The record stiffed, however, and when an orchestral rendition of "More Than the Sun" met a similar fate, Black were dropped from their contract. Some 18 months of writing and searching for a new record deal followed before Vearncombe was contacted by the tiny Ugly Man label, which issued the minor hit "Wonderful Life." Soon A&M came calling, and in 1987 Black scored a UK Top Ten hit with "Sweetest Smile" the follow-up, a reworked "Wonderful Life," was also successful.
The group's debut LP, also titled 'Wonderful Life', appeared in late 1987, and was well-received throughout Europe. Three years after their biggest hit, the group finally resurfaced in 1991 with an eponymously-titled LP featuring cameos from Robert Palmer and Sam Brown. Black soon left A&M, and after teaming with producer Mike Hedges issued ‘Are We Having Fun Yet?’ on their own mail order label Nero Schwartz in 1993.
After a prolonged hiatus, Vearncombe returned in 1999 to release a string of critically acclaimed recordings under his own name. In 2005 though he returned to the band format and name to release a new recording entitled ‘Between Two Churches’
Update:
The lead singer Colin Vearncombe sadly passed away after being in coma after a car accident. He was 53 years old.