on September 02, 2007
Intaferon were an English Pop/rock duo consisting of Simon Fellowes and Simon Gillham. They were signed to Chrysalis Records. The duo are best known for “Get Out of London”. They released two more singles ("Steamhammer Sam" and "Baby Pain"), but never released an album. Their song, "Get Out of London" was featured in the 2001 Mary-Kate and Ashley Olsen movie Winning London. Singles were often featured on the channel four show 'Max Headroom' 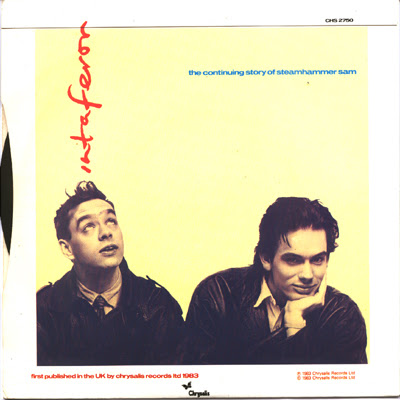 Pop/Rock The Story of...