on August 06, 2007
Music has previously always struggled to keep pace with Paul Haig. His 80's angular Edinburgh post-punk outfit Josef K were way ahead of their time, influencing numerous contemporary bands (most notably Franz Ferdinand). His last few solo releases too - the ‘Cinematique’ albums - were eminently futuristic.
On Electronik Audience it’s Haig that seems to be playing catch up though. Resembling a bunch of dodgy early 90s house anthems - all flimsy processed beats and ambient synths - much of this record simply sounds dated. Only ‘Reason’ and ‘Thieves’ show real flashes of inspiration, their sneering vocals suggesting - frustratingly, if nothing else - that the trailblazing old punk is actually still in him, somewhere. ~Malcolm Jack 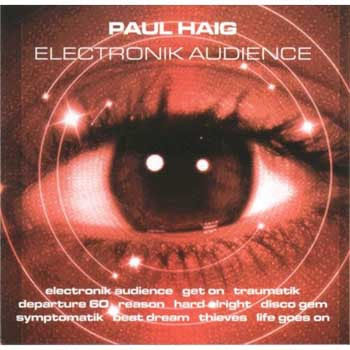 "Reason" is the first single which was released in May.The new single is out this week an it is called "Thieves/Ready To Go".