on May 10, 2007
"Something Good" was released as the single in 1989 and it was the lead track from the album 'Chain' released during the same year. Paul Haig financed the recordings himself hoping for a release by Les Disques Du Crepuscule but when Crepuscule dissolved, it was released on Virgin subsidiary Circa. The single was co-produced by Alan Rankine by The Associates and the sleeve included the small Angus McBean portrait of Audrey Hepburn. Even today this remains as one of the most remarkable and memorable Paul Haig songs. "Something Good" is generally considered as Paul Haig's best solo single. 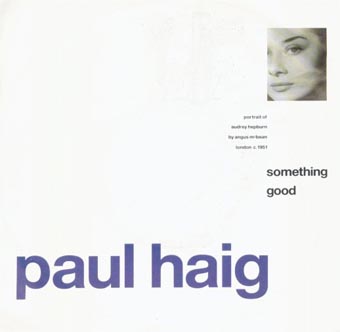