on April 21, 2007
Terry Hall (born 19 March 1959, in Coventry, England) was the lead singer of The Specials, the Fun Boy Three, The Colourfield, Terry, Blair and Anouchka and Vegas. He released his first solo album, Home, in 1995. He has also worked with The Lightning Seeds, Stephen Duffy, Dub Pistols, Gorillaz and Tricky. 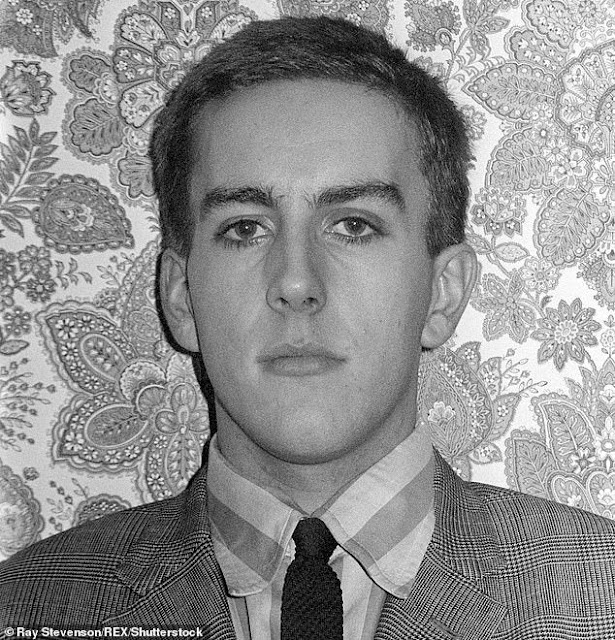 The Specials were the main players in the 1979 - 1981 Ska revival movement of 2 Tone. Terry joined the Specials late in 1977 replacing initial vocalist Tim Strickland and remained the front man until they split in August 1981. 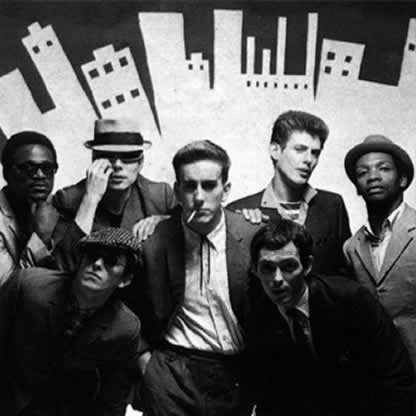 They released only two albums and the 'Ghost Town EP' though the 2 Tone label was responsible for launching the recording careers of many others including Madness, The Selector and the Beat. The Specials' first self-titled album features some of Hall's most recognizable and notable performances, including "Little Bitch", "Nite Klub", "Concrete Jungle", and "Gangsters". This debut album also displays Hall's writing talent alongside Jerry Dammers. Hall's trademark sardonic, wry and deadpan vocals, combined with sarcastic kitchen-sink lyrics, still raise a smile today, seemingly a direct precursor to the dour poetic wit of Morrissey. 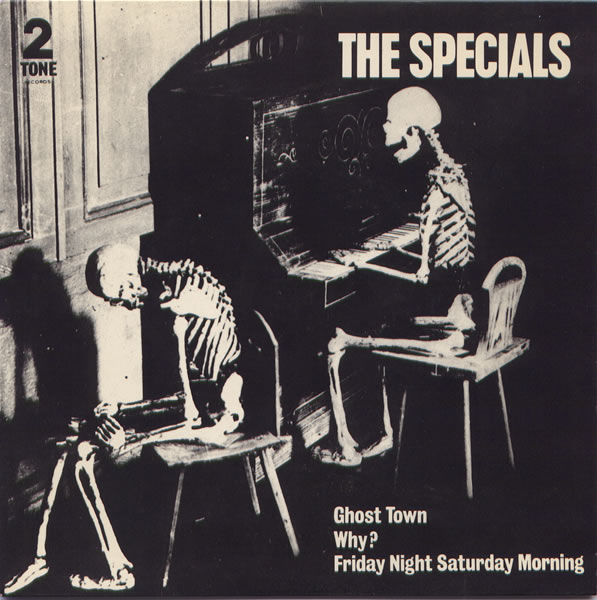 In October of 1980, The Specials released their second album, “More Specials”. While singing such fan-favourites such as "Enjoy Yourself", "Rat Race", and "Hey, Little Rich Girl", Terry successfully helped the band recreate the upbeat music that the first album possessed. The next album The Specials recorded, 1984's In The Studio, did not include Hall. In June 1981, they released their final widely acclaimed 'Ghost Town' EP. The EP contained one of the greatest songs ever written and provides a perfect soundtrack and backdrop to social life then and now - Friday Night, Saturday Morning, A Terry Hall masterpiece and work of genius. Though the band re-emerged as The Special AKA with vocalists Body Snatcher Rhoda Dakar, Stan Campbell, Egidio Newton and Jerry Dammers, and have toured again in recent years Terry has not since fronted them. 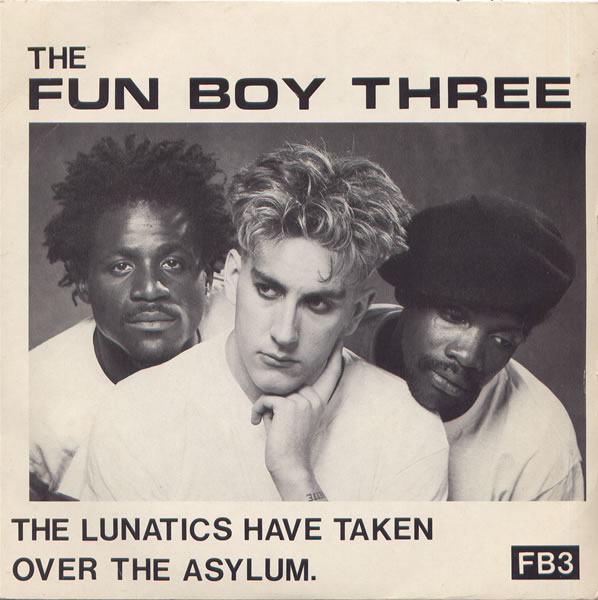 After The Specials' last single with Hall, the UK #1 hit "Ghost Town", Hall left the band to start a New-wave group, Fun Boy Three, with two other Specials members, Lynval Golding and Neville Staples. Terry grew out and bleached his hair and wore more flamboyant clothes befitting of the early 80s and their sound went into a much brighter, poppier phase. Fun Boy Three's first hit single occurred in late 1981, entitled "The Lunatics (Have Taken Over The Asylum)", then followed-up in early 1982 with "It Ain't What You Do (It's the Way That You Do It)", a duet with Bananarama. Fun Boy Three then provided guest vocals for Bananarama's single, "Really Saying Something". In February 1983, Fun Boy Three released 'Waiting'. It consisted of the Top Ten hits "The Tunnel of Love" and the classic "Our Lips Are Sealed". The latter was a song Hall wrote with Jane Wiedlin, who had already made it into a hit the previous year with her group, The Go-Go's. The Fun Boy Three often ran into similar criticism as The Style Council as they had a less credible image than their previous bands.
In 1983 Terry quit The Fun Boy Three and in time formed The Colourfield with Toby Lyons and Karl Shale and by 1986 drummer Gary Dwyer. They released their first single "The Colour Field" in 1984 complete with a much more conservative haircut and richer sound. “Thinking of You” was the only single which had success in the UK charts. 'Virgins & Philistines' was released in April 1985. It failed to gain a large audience due to difficulty in marketing an album with such a diverse sound -- it mixes 60’s and early-70’s pop music with more acoustic-based melodies and string arrangements. Since 'Virgins & Philistines' doesn't fit into a specific era, it continues to sound fresh and undated decades later, and still remains a critical success in the eyes of the music press today. It is often regarded as the direct musical predecessor to the later work of The Lightning Seeds in the 1990s, whom Hall would later collaborate with in a songwriting role whilst providing occasional vocals. 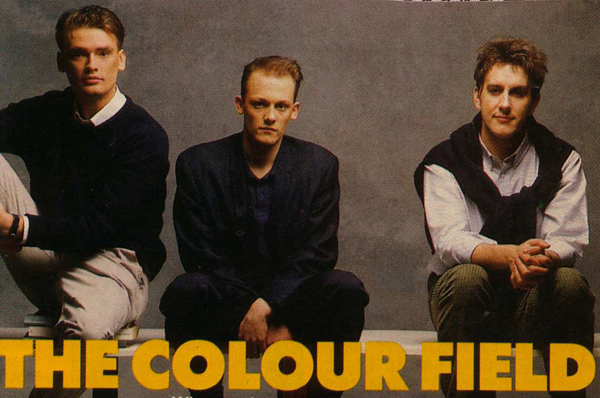 They released their second album 'Deception' in 1987.The content of 'Deception' is very different from 'Virgins & Philistines'. It is almost as if Hall formed a new band but kept the same name. Since then Hall has voiced his displeasure with the recording of the album because he did not feel he had control of the session musicians and producers the way he needed to preserve The Colourfield’s sound. 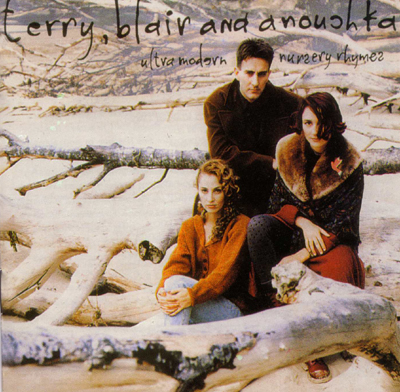 After the Colourfield imploded, Terry Hall formed a trio with an American actress called Blair Booth and a jeweler called Anouchka Groce. Terry, Blair, and Anouchka explored Hall's love for '60s pop, as well as kitschy mainstream pop, as evidenced on the trio's cover of Captain & Tennille's "Love Will Keep Us Together." "Missing," the group's first single, was released in the fall of 1989 and it didn't make much of an impact, peaking at number 75 on the British charts. The trio's second single, "Ultra Modern Nursery Rhyme" didn't even chart. Terry, Blair and Anouchka's debut album, also called 'Ultra Modern Nursery Rhyme', was released in February of 1990 to little attention. 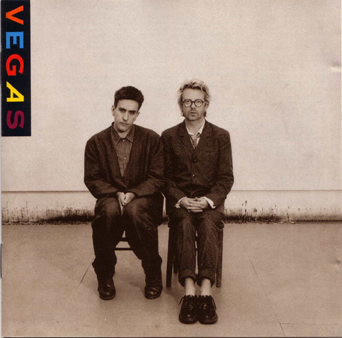 Two years later, Terry Hall returned with Vegas, a one-shot collaboration with Dave Stewart from the Eurythmics. Vegas' eponymous album was released in the fall of 1992 and yielded three minor U.K. hits — "Possessed", "She," and "Walk Into the Wind." Vegas wasn't particularly successful and the duo disbanded in early 1993.
Terry Hall released his first official solo, 'Home', in the spring of 1995 to mild interest. After its release, Hall collaborated on a new single, "Chasing a Rainbow," with Blur's Damon Albarn. The single was a minor hit and was added to a re-release of Home later in the year. Early in 1996, Terry Hall was featured in Tricky's side-project Nearly God, singing on the single "Poems."
In 2001 he appeared as a guest on the Gorillaz-D12 single "911", which was a song about terrorist attacks in the U.S. and 2007 he provided vocals for many tracks on the Dub Pistols album 'Speakers and Tweeters'.
Fun Boy Three Pop Ska The Specials The Story of...