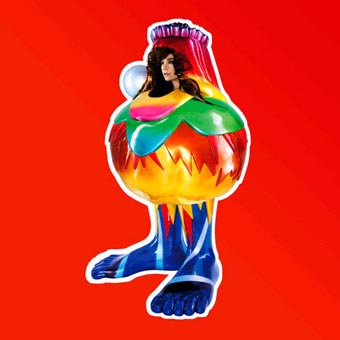 The first single off the album, "Earth Intruders", has been released on April 9. Björk will also be touring for the first time in four years in support of the upcoming album; the majority of confirmed performances so far are at festivals.
Bjork Electronic