on February 15, 2007
When robotic act Plastic Joe and mime and music outfit Shock got together in 1980 the seeds of Tik + Tok were sown. Shock played at legendary venues at their height like the Hacienda, The Blitz and The Warehouse, became a key part of the New Romantic movement and recorded with Rusty Egan (Visage) and Richard Burgess (Landscape). Tik and Tok consisted Tim Dry and Sean Crawford with Barbie Wilde, Robert Pereno, L.A. Richards and Carole Caplin. 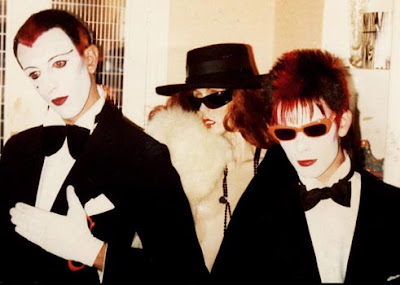 “Mime was where we started. It was our chicken or was it our egg? We never wanted to be human! Then bit by bit we bought some music equipment so we could start to make our own little soundtracks for Mime ideas we had. We've always seen ourselves as being abstract visual artists who just happen to make music as well.” Tik

When Shock split soon after, Tik + Tok appeared everywhere from the Covent Garden Piazza to the 1983 Royal Variety Show, on countless TV shows and had key roles in 80s sci-fi creepfest Xtro. A young band called Depeche Mode supported them live, they released a series of cracking electronic singles on the Survival label and one album, 'Intolerance', shortly before disappearing from the music scene in 1984.

“A mix of everything that we liked musically at the time. Movies like Blade Runner too. Plus needing tracks that we could create a Mime piece to. Oh, and sex and Sci Fi too of course! We'd already got Vile Bodies so we kind of built side 2 of Intolerance around that. Side 1 of the album was geared towards a more 'Poppy' kind of stance, but deep down we were still wanting to be unearthly and quite weird musically. The pop stuff was fun to tart around to but I think that both of us now feel that we're quite glad that we didn't have a hit single. No 'Buzzcocks' or revival tours for us!” Tik

After 21 years away from the live circuit, Tik + Tok have reformed and re-emerged earlier this year at the annual Elektrofest festival whipping up a storm. Back to finish what they started, the time was perfect to communicate with the legendary Robots. 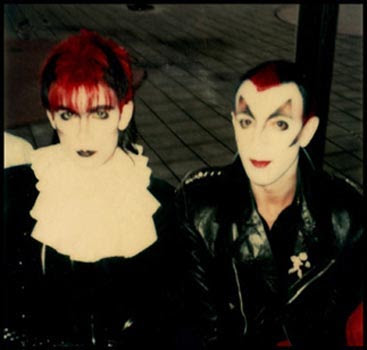