on January 25, 2007
Dalis Car was a musical group formed in 1984 by Peter Murphy and Mick Karn soon after Murphy and Karn left their former bands (Bauhaus and Japan, respectively) to the great disappointment of the numerous fans.They took their name from a Captain Beefheart song from his album 'Trout Mask Replica'. 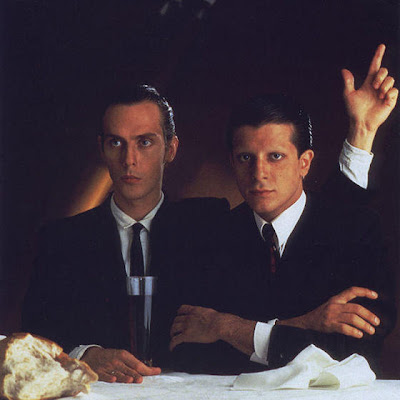 Formed by former Bauhaus vocalist/ lyricist Peter Murphy and Japan bassist composer Mick Karn. Some say that Dalis Car was doomed almost from the start and that the group nearly self destructed itself, before it was disbanded.

“It was a particularly difficult project. We were two very different
people.Socially we were fine, but no matter how good the idea of working together sounded, when it did come to work, we couldn't get on. However, I do think the end result makes for a very interesting album. Situations full of tension can often be the most creative. Perhaps due to our strong, opposing opinions, there's a certain strength to Dalis Car. I doubt if there will be a reunion.” Mick Karn 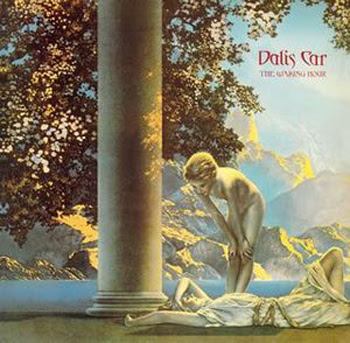 Their album, 'The Waking Hour', released in 1984, came in more than thirty thousand dollars over the sixty thousand dollar  budget given them by Virgin and Beggars Banquet. As a commercial failure,  back then, the album produced one equally disappointing single,"The Judgement Is The Mirror" In musical styles it is post punk with oriental elements and folk
The painting on the "Waking Hour" cover is by Maxfield Parish, an American artist who used to paint happy psychedelic pictures just like for the food ads.
In August 2010, Peter Murphy announced on Twitter that he and Karn were planning to head into the studio in September to begin work on the second Dalis Car album. The project was cut short, however, as Karn had recently been diagnosed with cancer. He died on 4 January 2011, thus ending the reunion.The tracks they did record—including a re-working of "Artemis" from 'The Waking Hour 'with newly added vocals, guitar, and drums, and renamed Artemis Rise—were released on 5 April 2012 as an EP entitled 'InGladAloneness'.