on December 23, 2006
"Horrorscope" was the last single release for the British group Dalek I Love You which disbanded soon after it in 1983. The single was released on Korova and as 7" version it was backed  by "These Walls We Build" while the 12" version included the instrumental version. The song was performed Keith Hartley, while the artwork was provied by Ian Wright. The song appeared on their self titled album which was reissued in 2007. 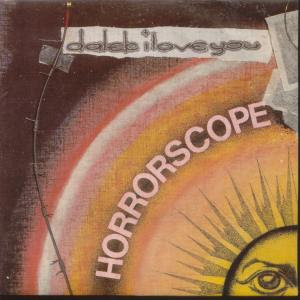