on September 01, 2006
So 80’s! A big bang or more a bit of fizzle? But when did the 80’s actually begin? A quick look at the fashion statements screams mistake after mistake…..but wait a minute….isn’t Lady Gaga doing what Toyah Wilox and Steve Strange were doing with their outrageous costumes. Then again, wasn’t Martin Fry’s famous gold lame jacket taken from the cover of an Elvis Presley LP? Wasn’t Marc Bolan mixing genders long before Boy George and Pete Burns? Didn’t Bowie make his big “I am gay” statement long before Frankie? Hmmm. Let’s agree that the roots of the 80’s, is firmly in the fertile soils of the decades that came before. Well if we’re joining dots here we’re going to get a final picture some time……aren’t we? Probably not! 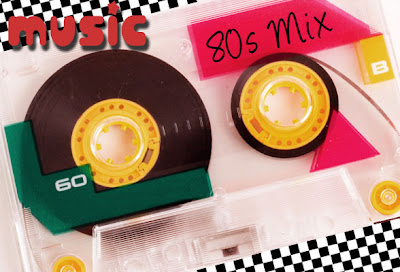 80’s was about the dawn of a new sound to pop music, which  happened in the last years of the 70’s with Gary Numan and Tubeway Army. His topping the charts with “Are Friends Electric?” brought the synthesizer into the homes of the UK nation via Top Of The Pops. His look and voice was mostly David Bowie, but the sound was grand and the atmosphere one of alienation. Hazel o’Connor should also get a mention here for Breaking Glass….same theme and Tony Visconti (Bowie’s producer) twiddling the knobs.

However we have to wait until 1981 before the really “new” sounding music finally arrives at the top of the charts. Soft Cell’s “Tainted Love” gave a different kind of soul to the 60’s Northern Soul classic, and later that year The Human League scored a No.1 with “Don’t You Want Me”… also sort of about love being tainted. Interestingly, the Human League choose to proclaim that their No 1 hit was the first all synthetic song to hit the top of the charts…….hmmm didn’t Soft Cell do that 3 months previously? So with synths now on sale for public consumption there was no stopping the onslaught of their use in pop music. Ultravox mixed them with guitars, the disco scene born in the 70’s revamped the sound and sounded very sexy. Giorgio Moroder’s sound and style was being used in everything from the deepest underground sounds of Fad Gadget to the mainstream sound of Abba.
The sound was new and the fashion tried to be. Hairspray and backcombing battled against the Blitz Kids look of cool 30’s retro with the house of freaks make up to match. It was OK for boys to wear make-up (again!!!) which hadn’t happened since….well the decade before when glam rock turned the youth into glitter bugs with more mascara than mammy! Toyah took face painting to the extremes to try and cover up for the dodgy music she was making. Marc Almond wore false eyelashes and with Dave Ball made a classic debut album that still sounds fresh and dizzy.
Well it is impossible to give an overview of a decade in a few paragraphs, but what were the 80’s all about? Forget the politics and the remember Live Aid and how a pop star made the politicians look like a useless pack of disorganized, disinterested and insincere old men in suits. Forget the Iron Lady, Margaret Thatcher. Remember the fun, of Wham, the nasal vocals of Simon Le Bon, (it is a big part of 80’s pop). Spandau Ballet’s trying too hard to be serious. The cartoon Thompson Twins. The bubbly Mel and Kim. Erasure and Andy Bell’s camp and fun Top Of The Pops appearances and the silly, silly dancing. When it is pulled up close and inspected, the decade did exactly what the previous decades have done, and updated rock n roll. Every self respecting decade since the 30’s has done it effortlessly, and the 80’s is no different. Your ears will tell you the real movers in the scene when they say “That sound did not exist 10 years ago!” To all the stars, big and little, from the underground to the mainstream……..a heartfelt thank you for adding colour and texture to my life. For providing music and visuals that mean something long after they stopped being a daily event. If Yazoo were to record together again, can I request they write a new song called “Goodbye 80’s”?????